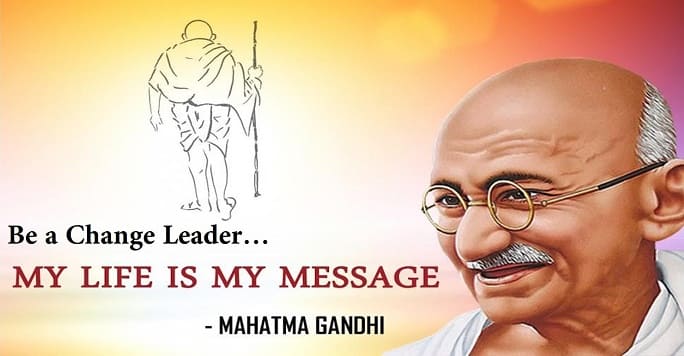 If one wants the world to change, then the change process should start with himself/herself. This is the belief Gandhi Ji wanted everybody to practice. He knew, whether a man, woman or an organization, each one has to have a role model to impersonate or adopt. So, he led the way, he set the example by practising swadeshi, by spinning the charkha he started making clothes for himself. Thus, people could relate to the idea of swadeshi and found him the role model they were looking for. Now the countrymen could willingly boycott the western clothes and become swadeshi because they understood, that every western cloth they wear builds the colonial economy but not of their country. That’s how each person and the country became free, from both mental and physical slavery.

But, “Men often hesitate to make a beginning because they feel that the objectives cannot be achieved in its entirety. This attitude of mind is precisely our greatest obstacle to progress – an obstacle that each man, if only he wills it, can clear away”, also said, Gandhi Ji.

The philosophy of Kaizen says, only one step at a time is required. Taking a step by step approach means creating a better habit. Our “habits” show “who and what we are”. When we try to gradually change one step at a time, it becomes easier to sustain or make permanents what is good for us.

Every individual needs to discover the truth and goodness in us and then share it with everyone's. Gandhiji is a great example – he practised Satyagraha, non-violence, swadeshi etc, himself first and then inspired millions of people to do likewise. He did not start on their discovery path by thinking about how to change the whole world. He started by thinking about how his actions could inspire people to do great work and become extraordinary human beings.

That’s how an organisation can strive to become the best in its business. The Lean Kaizen philosophy amalgamated with Gandhi Ji's timeless principles will help us find peace within and outside as well.  Here are a few of the timeless Gandhian principles to adopt: 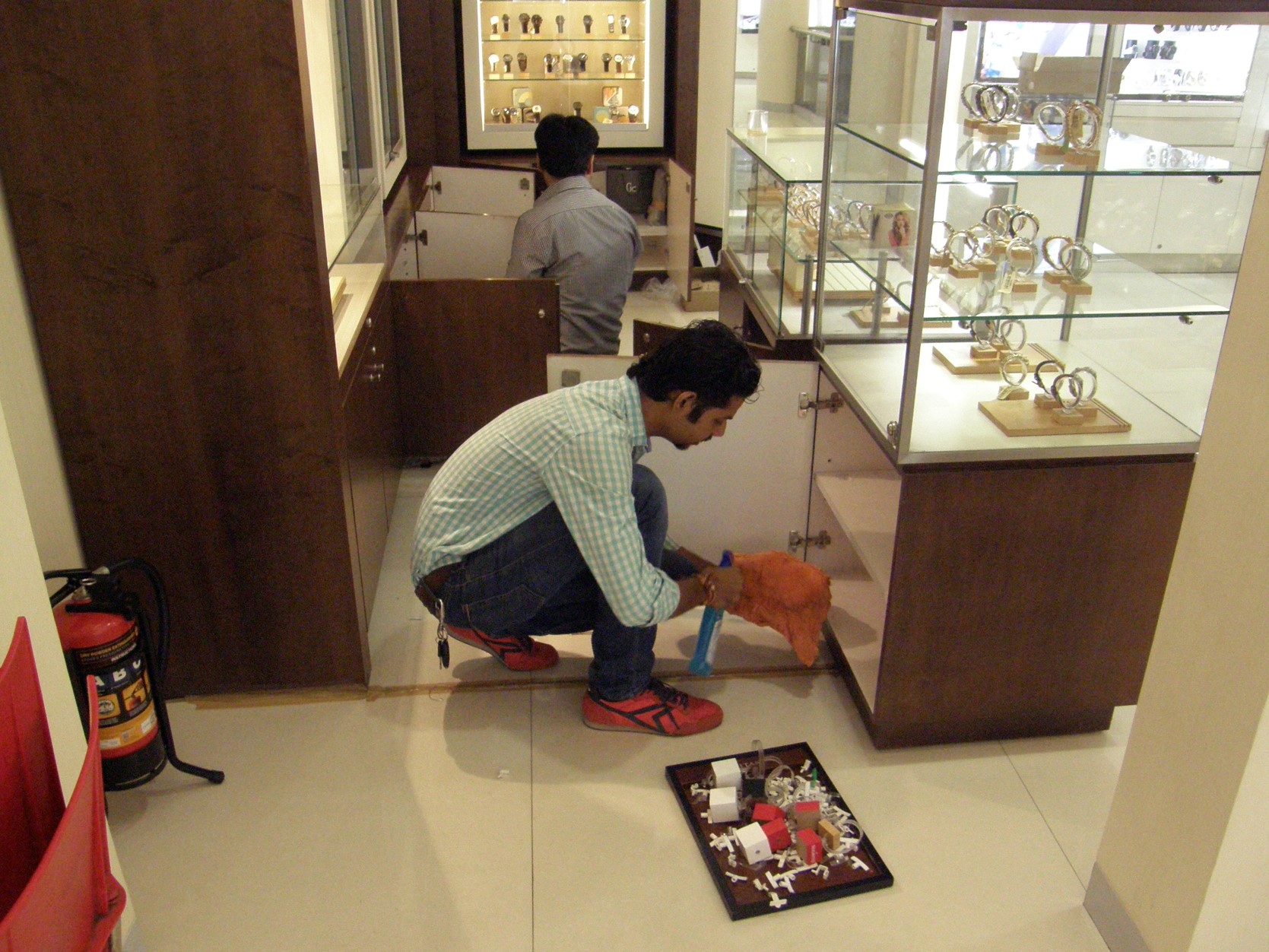 Cleanliness is godliness – Gandhiji equated godliness with cleanliness. By practising cleanliness both internally & externally, one could attain mastery over his life ie achieve godlike consciousness. He did understand that the country had slowly got mismanaged and became a dump yard due to invaders’ serial attacks. By advocating cleanliness, he could unite his countrymen to join hands and revolt against their own mindset which led them to get enslaved in the first place.

Only an uncluttered mind can perform peacefully to produce better & creative outcomes. Until the people develop and maintain standards of cleanliness, they would be doing the same thing ie living in same conditions.

Gandhian leaders keep their workplace clean and tidy. They practice daily 5-10-15 mins of collective cleaning involving all staff to maintain the workplace spic and span. This daily cleaning exercise bears a meaning that the cleaning activity helps in identifying the problems and that it is solved collectively before it becomes a permanent problem. Developing such habits, of maintaining cleanliness results in a positive environment for staff. Using 5S or visual management helps in increasing daily productivity utilizes space and encourages people to be their best. 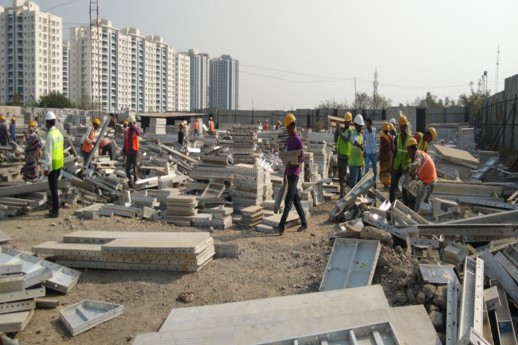 Hatred for waste – Gandhiji said, “there is enough for everybody’s need and not for anybody’s greed.” He held his greedy and selfish countrymen responsible for the exploitation of natural resources through the hands of the invaders. Irrational consumption and over-utilization of resources had led to political and socio-economic problems of unrest & scarcity in the country then. Gandhiji advocated the use of minimizing the resources and asked the people to indigenize, produce and sell their goods rather than manufacture it for the British etc This ensured that the countrymen were using their talents for themselves and not the invaders.

Gandhiji comes up with spinning the charkha movement for cotton manufacturing with the idea of people-empowerment. Gandhian leaders help their teams see operations through lean eyes in order to identify the process wastes like defects, rework, inventory overproduction etc and help them reduce or eliminate it as quickly as possible. He empowers his people to make improvement ie do kaizen through team-based and on-job training & learning. 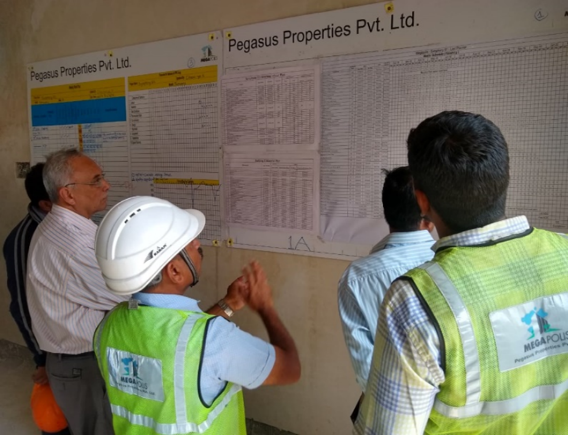 Customer orientation – Mahatma Gandhi said, “A customer is the most important visitor on our premises”.

He was truly concerned and always reached out to his customer – his countrymen. By developing a thought process on removing societal ills like untouchability, inequality among men-women etc he could shape his countrymen’s ideas to bring a change in the society towards attaining freedom from all sorts of societal evils. He heard the voices and needs of all communities – the Buddhists, Jains, Muslims, Sikhs etc and included their wants and needs while formulating the manifesto of independence. He knew that, only when the needs of his customers are fulfilled and they become happy all sections of the society would live peacefully.

In this age, even if we develop a belief to keep customers happy, half of our job is done. A shift to such a paradigm would mean that we are going to open-mindedly understand the customers’ concerns. These concerns can be used for improving the product/ service features, develop new & customized product as well as for innovation. 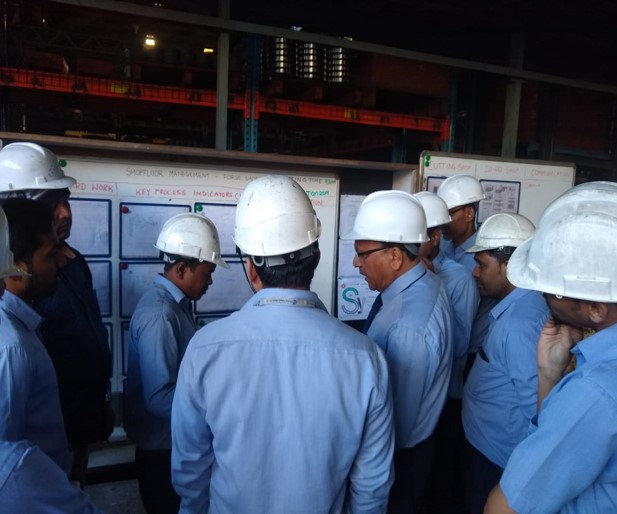 Leading by example, practice yourself before preaching –

Dandi march is biggest example of Gandhiji’s leadership. Gandhiji fought for freedom – freedom to make, at least salt. Being a proponent of swadeshi, he wanted to indigenize the goods consumed by his countrymen. Till then, only the British had the power to make something and Indians could do nothing about it. Dandi march was a nonviolent act of civil disobedience against the British salt monopoly. Seeing Gandhiji lead this march to Dandhi, a coastal town in Gujarat where salt was to be made, millions of peoples joined him to understand their rights and broke the British impositions. Gandhian manager’s lead their people to the shopfloor, understands the problem thoroughly, finds root causes the top to develop both corrective and preventive actions. This practice reduces the waiting time as well and real-time team-based decision making gives better solutions. 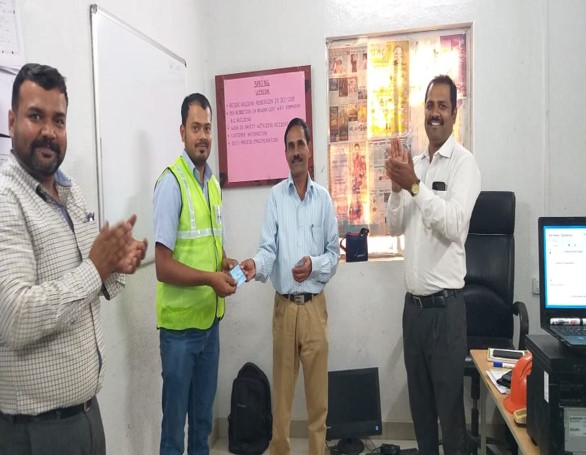 Deep respect & love for an individual –

Gandhiji fought for freedom and rights of his countrymen, he always respected people & their opinion. In an organisation, people need the freedom to express their thought, suggestions for continuous improvement in the process. We need to make short term win strategy for improvement. Recognizing and rewarding employees involved in the improvement will encourage people to make new improvements. An organisation should create a shared vision. Gandhian values practising organisations are more people-oriented and develop leaders for tomorrow for better & higher productivity, quality and safety.

Are you practising Gandhian principles in daily life!

Hey!! Thanks for Connecting with Vedzen. Submit your email to get the download link.